The Luna Grill, a restaurant in San Diego, is serving the vegan Beyond Burger (yeay!). Only, they serve it with feta cheese, on a non vegan bun. 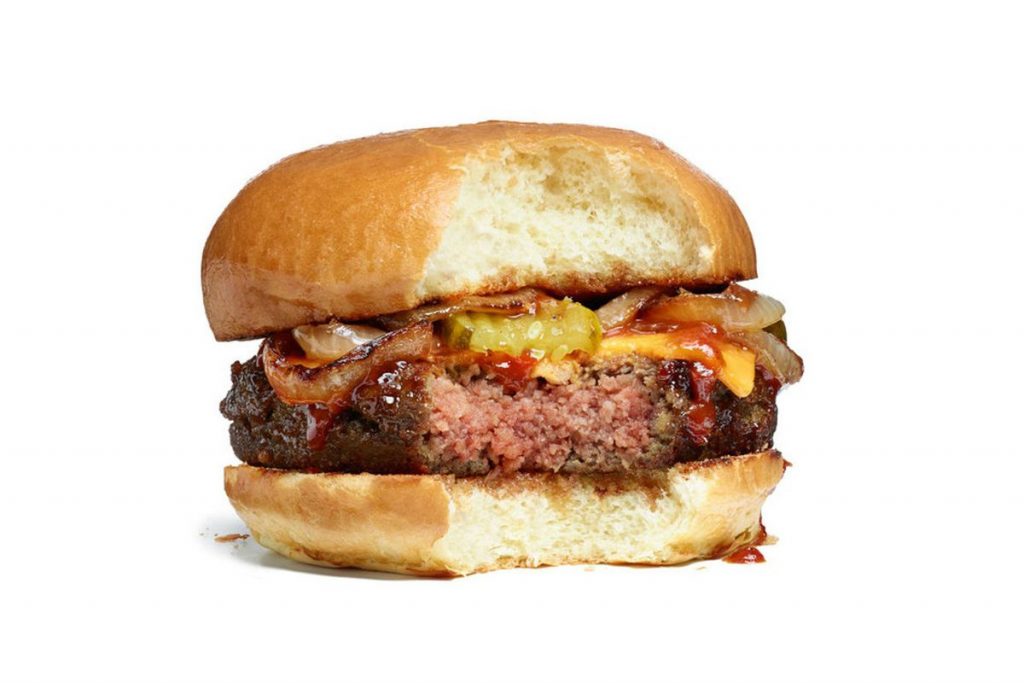 At first sight, this is seems a bit of an absurdity, and one can easily understand tweeter Vanilla Bean’s frustration here:

Apparently, at least some meat eaters share this idea: “Nonsensical as vegan replacements might seem to some, refusing to serve them in a vegan-friendly way is irrefutably more so” – writes The Independent.

These reactions make some sense. And yet, I think both vegan Vanilla Bean, and The Independent’s meat-eating (we assume) journalist are revealing that they are starting out from the erroneous idea that vegan products are only for vegans.

Of course, vegans love vegan products, and they will eat them and rave about them on social media and be their prime customers (at least if there’s no problematic mother company involved – see Why vegans shouldn’t boycott Daiya cheese). But, it’s actually not they in the first place who need vegan products. Nor are they the main customer segment, or the main people to be reached. Companies like Beyond Meat, Impossible Foods, or Hampton Creek – all of them largely mission driven enterprises –  understand this. They want the non-vegans to turn to vegan products and have them eat more and more of them. If you can get non-vegans to eat your products, you have more impact and a bigger customer potential at the same time. Two vegan sausages with one stone, as they say.

Of course, this Luna Grill restaurant could (probably) easily be more sympathetic to vegan requests and make their burger without that damn feta, and on a vegan bun (although I don’t encourage people to get too nervous about microingredients out of the house – heresy, I know). I do hope Luna Grill and all other non-vegan restaurants will be more forthcoming in the future, and I hope we will see more and more vegans requesting vegan products, so that there’s more and more menu options that are entirely vegan, and by default. Luna Grill here may offer shitty service to vegans, and may not be worth visiting. But that isn’t the point here.

If we want non-vegans to taste, eat, buy… vegan products, and if we want these products to spread widely, we shouldn’t get nervous about them turning up in non-vegan dishes. Indeed, ever more frequently, we find vegan products, like Daiya cheese or Just Mayo, in non-vegan dishes – for allergy, price, or other reasons – and indeed, it would be our loss if that weren’t the case. It’s probably not all that different for meat substitutes. If we want these products to be appreciated as products in their own right, they will need to be integrated by enthusiastic non-vegans in non-vegan meals.

The good thing is, of course, that eating these products, whenever they are encountered, helps people shift more and more in the right direction along the plant-based spectrum. And, in and of themselves, vegan patties obviously represent animals being spared, whether or not the patties are served on a vegan bun.